If you are a connoisseur of music, then chances are high that you have not escaped the allure of vinyl records. In recent years, vinyl pressing has seen a solid rise in popularity among audiophiles. The rich and nuanced tones produced by a vinyl record have no match for LP lovers.

When it comes to vinyl stores, Melbourne has various options where vinyl enthusiasts can satisfy their appetite for collecting LPs. This passion is taken ahead with the concept of half-speed mastered albums. This blog speaks about half-speed mastering and how does it relate to sound quality.

What is Half-Speed Mastering?

Let us first briefly look at the process of cutting a vinyl record. A lacquer disc is placed on a cutting machine. The sound waves from the source are converted to kinetic energy which makes the lathe cutting head cut grooves onto the disc surface. For playing music, the vinyl record is placed on a turntable and a stylus is placed over the rotating disc. The stylus then “reads” the music from the grooves cut on the surface.

Half-speed vinyl is a particular format of vinyl records and is named for the way these records are cut. As the name suggests, half-speed mastering involves recording from the original at half the speed. That is, when the recording is done onto a blank disc, the music is played on the source master record at half the original playback speed. For example, a 33 1/3 rpm record is cut at 16 2/3 rpm.

The difference in speed is corrected either by copying the master onto a record of a different size or by playing the half-speed vinyl at twice the speed.

But why is this done and how does it affect the audio quality?

Why Should I Buy a Half-Speed Vinyl?

Vinyl pressing and more so half-speed mastering is a complex process that requires skill, precision, and time. You may be wondering whether you should invest in a half-speed vinyl or not. We present a few points here to help you take that decision.

The reason for this trend to catch on is that the slower speed of recording means that the lathe gets double the amount of space on the disc for cutting. The grooves that get created as a result are more detailed which further translates into better sound quality. This truly makes a difference for treble sounds. High-frequency sounds are more difficult to cut. But with half-speed mastering, there is more time and so it becomes easier to cut with detailing. Higher frequency notes definitely sound richer in half-speed mastered albums.

Another aspect that is enhanced by half-speed mastering is the distinction between similar frequency sounds. The fine refinement in grooves in a half-speed vinyl helps code in the distinct sounds better. What this does to the music is better instrument separation. So, half-speed vinyl records are great for music with heavy instrumentation like jazz.

With the fuller representation of music produced by half-speed mastering, you also get more nuanced sound on the vinyl. This gives a richer listening experience for genres such as classic rock.

The above reasons make half-speed vinyl a collector’s item and a must-have on a music lover’s record shelf.

What to Consider Before Buying Half-Speed Mastered Albums?

As we said earlier, half-speed mastering is an expensive and time-consuming process. So, it makes sense to go for it armed with the proper knowledge. Here are a few things you should look out for before buying a half-speed vinyl.

While half-speed mastering may do wonders for treble sounds, it tends to flatten out bass sounds. This cutting method leads to a loss of musical information on lower frequencies and hence, can spoil your experience with genres like hip-hop.

One of the problems to be taken care of while cutting a vinyl record is that of sibilance, wherein certain sounds get emphasized like the “ess” sound. This problem gets magnified on a half-speed vinyl. Half-speed mastering can lead to such sounds gaining resonance.

The source master record also makes a huge difference in the final quality of output on the recorded vinyl. If the sound quality is sub-optimal, to begin with, or the cutting process is not done properly, you could end up with a disc with poor low and high-frequency sounds.

If you are a vinyl collector, a half-speed vinyl will be a splendid addition to your collection depending on the kind of music you want to cut onto the record. Half-speed mastering can lead to fuller and smoother treble sounds and can also give a more fulfilling audio experience for music with heavy instrumentation. When it comes to record stores, Melbourne has many that can help you with half-speed mastering but you need to make sure they have the required expertise so you get your money’s worth.

Impress Vinyl provides the perfect one-stop solution for your vinyl needs. From cutting a vinyl record to half-speed mastering, our teams have the expertise and experience needed to do the job. We realize that you are investing in our skills, so, we also provide test pressing vinyl for you to check and approve. Our services in the customization of vinyl records will add that magical touch to your vinyl collection. What’s more – we are known for our fast lead times. So, you won’t have to wait for long to add that coveted half-speed vinyl to your LP collection! 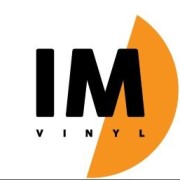 Double sofa beds that will bring style to your space

Why are Indian Granites the top choice worldwide

4 Things to Consider When Shopping for Portable Bandsaw Sawmills

5 Hand Trucks That Can Enhance Your Business’ Efficiency

SMRT and SIT Partner to set up Transport Living Lab